The Subtleties of Discrimination, or Why Women Don't Ask

There is an absolutely fascinating article in tomorrow's Washington Post, "Salary, Gender, and the Social Cost of Haggling." Linda Babcock, an economist at Carnegie Mellon University, became interested in how men and women negotiate differently when female graduate students came to her and pointed out that the male students were teaching their own courses while the female students were acting as teaching assistants. Upon investigation she learned that the male students had each approached the dean and requested to teach their own course. JSM used the book Babcock wrote based on her research, "Women Don't Ask," in his negotiation course back when he was a professor at a b-school, and I highly recommend it. Her research goes a long way toward explaining the residual salary differences between women and men once education, experience, and job tenure are taken into account.

In other words, women don't negotiate because they don't get the same results as men do. They may even harm their career by attempting to negotiate their salary.

Women may be playing the game optimally, but that doesn't mean the game is fair.
at 9:27 PM 2 comments: 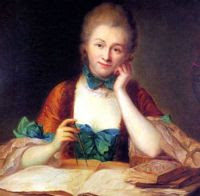